Get a first-hand taste of an everyday life in communist Czechoslovakia.
Book now!

After World War II, Slovaks and Czechs lived together in a new kind of society – communism. They formed Czechoslovakia and the Communist Party took the entire power. The country was on the east side of the so-called ‘Iron Curtain’. In times of a strong Soviet political influence, all attempts of Czechoslovakia to reform the communist system were crushed in the invasion of Warsaw Pact allies in 1968. The communist regime in Czechoslovakia went on until the Velvet Revolution in 1989. In 1993, Czechoslovakia was peacefully split in the Czech Republic and Slovakia.

There is something really special about this Communism Tour: we visit places, which are mostly overlooked by tourists and experience the life as it used to be a few decades ago. Travel back in time and experience communist Czechoslovakia. We start by visiting the capital city of Slovakia – Bratislava. The city stretches along both banks of Danube river and offers a unique contrast between medieval and socialist buildings standing side by side. The most iconic places of socialist architecture are undoubtedly the majestic building of Slovak Radio with its shape of an inverted pyramid, the UFO bridge, the Freedom Square or the housing blocks in the residential area Petržalka. Entering the underground bunker on the borders between the East Block and the Western world is simply a breathtaking experience! You will also have a chance to taste some communist drinks and snacks.

We make a stop in the town of Nitra to experience a real retro disco in a funky old-school pub. During this tour, we also explore an abandoned village which was razed down by communists and take a hike to the mountain village destroyed by Nazis during the WWII. Let’s absorb the atmosphere of WWII in the museum of Slovak National Uprising in Banská Bystrica – you have certainly never seen such a majestic building! Wondering how the people used to live in the countryside? You will hear stories about Slovaks and our crazy folk traditions as we make stop in the open-air museum of Slovak village. One of the highlights of this tour is a visit to the abandoned spa resort and a concentration camp in Sered, today’s museum of the Holocaust. All this is yours on this unforgettable journey into the communist era in Czechoslovakia with TIME FOR SLOVAKIA.

PHOTOS FROM THE TOUR 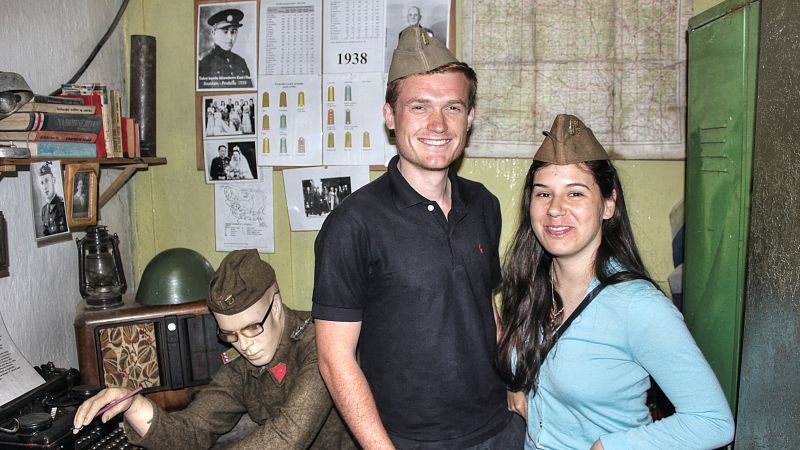 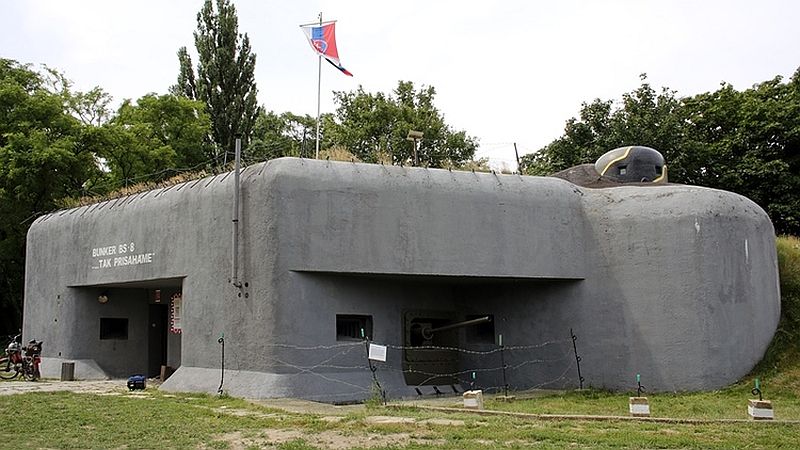 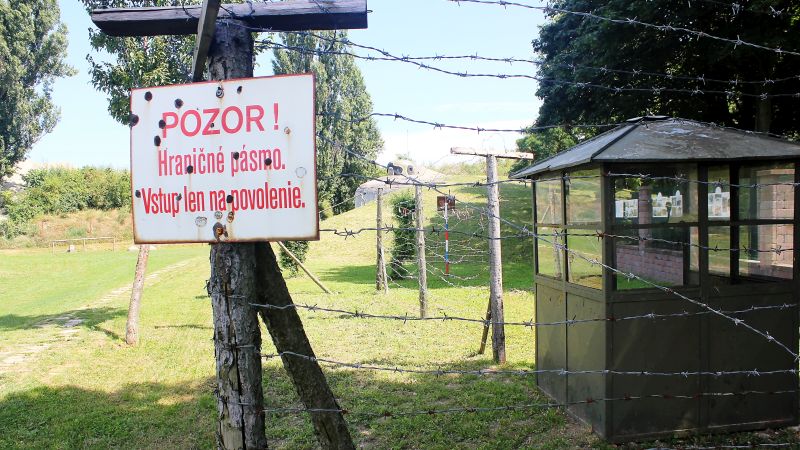 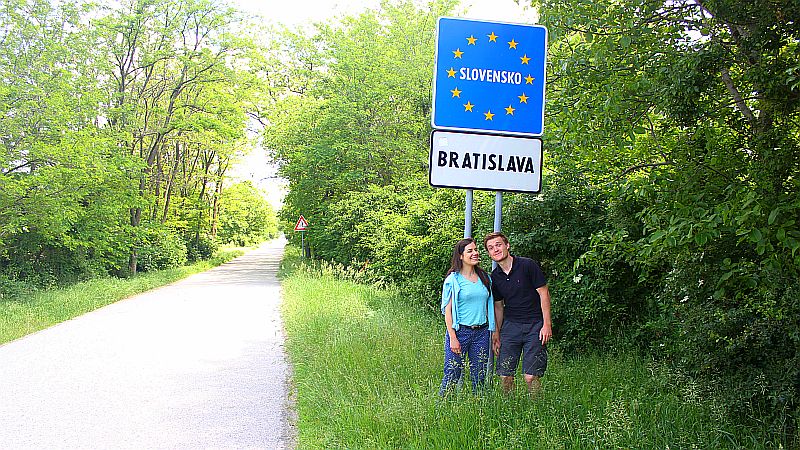 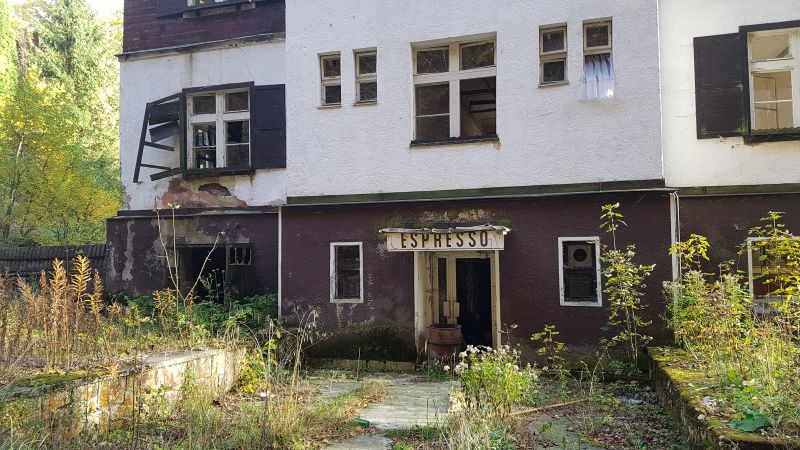 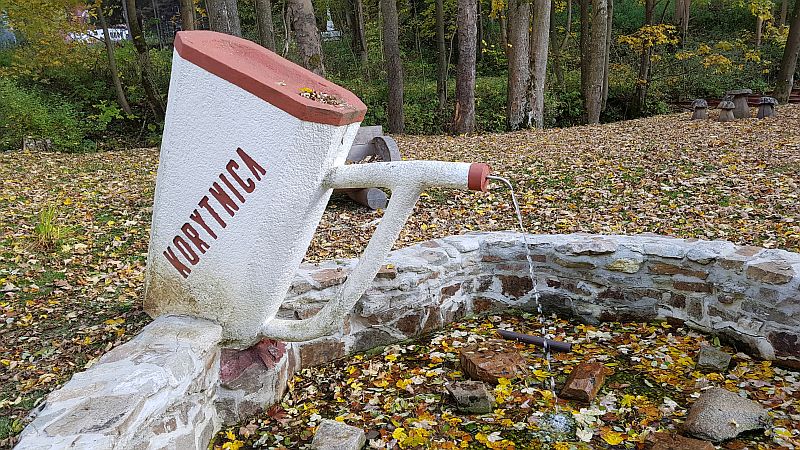 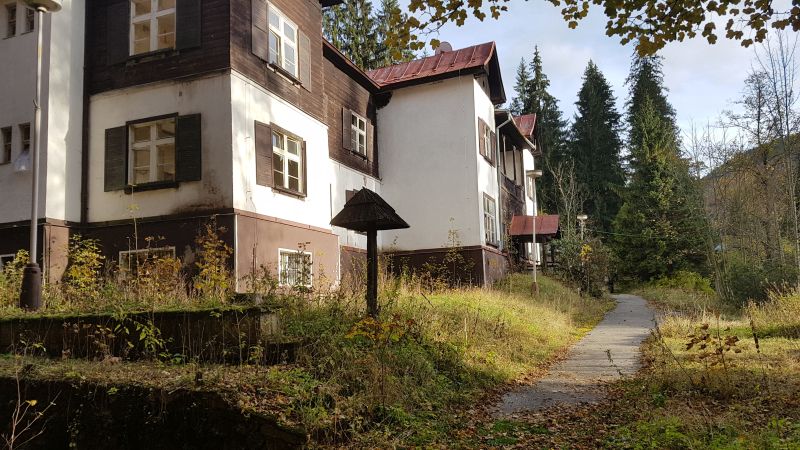 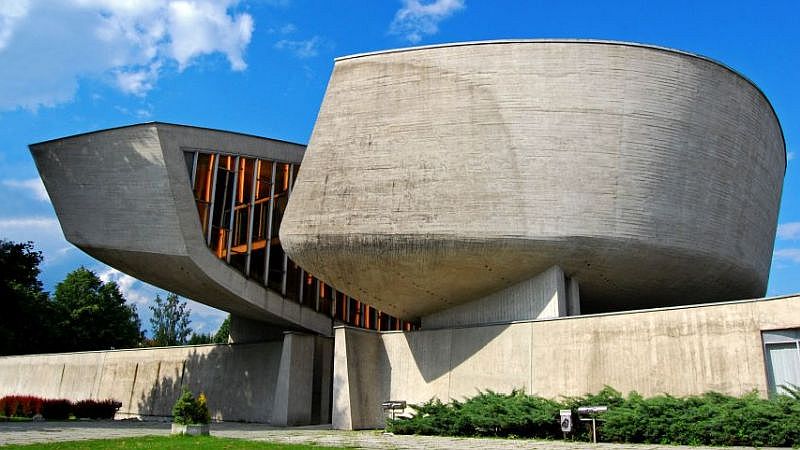 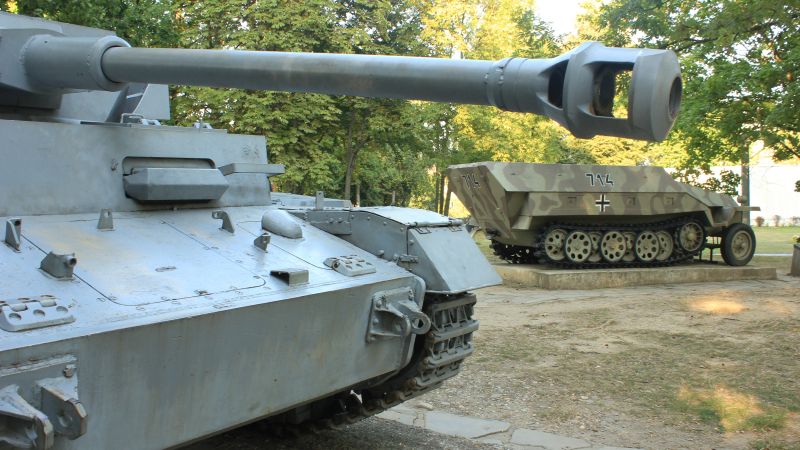 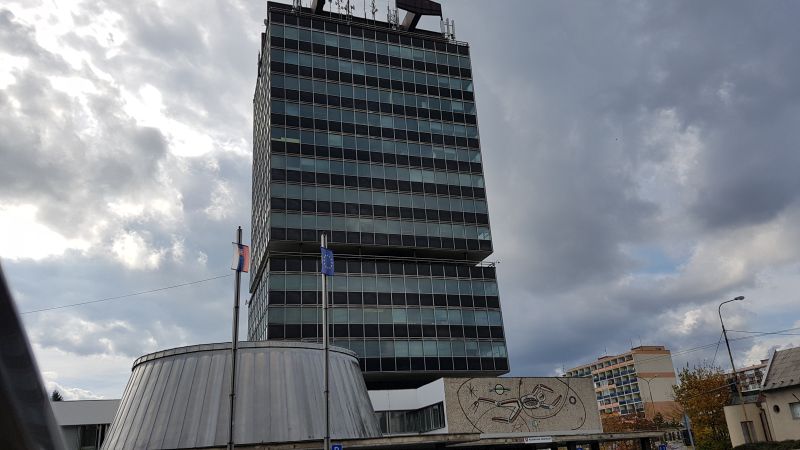 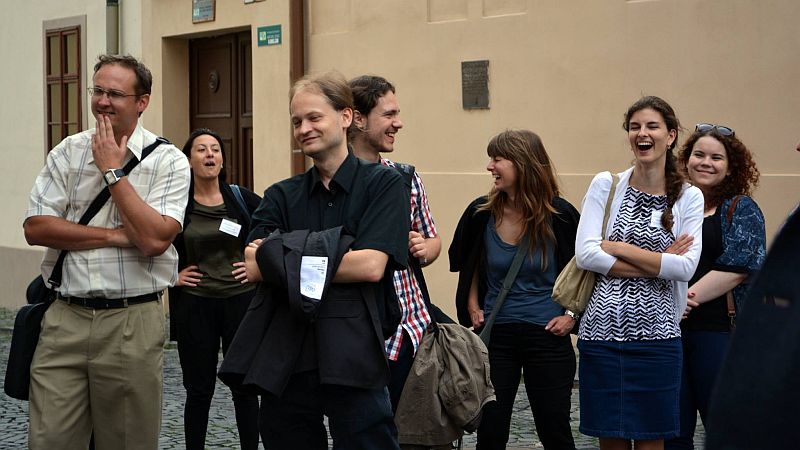 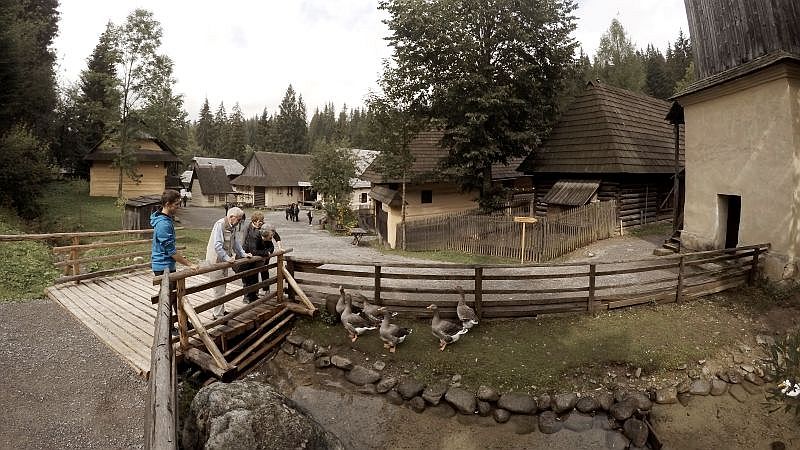 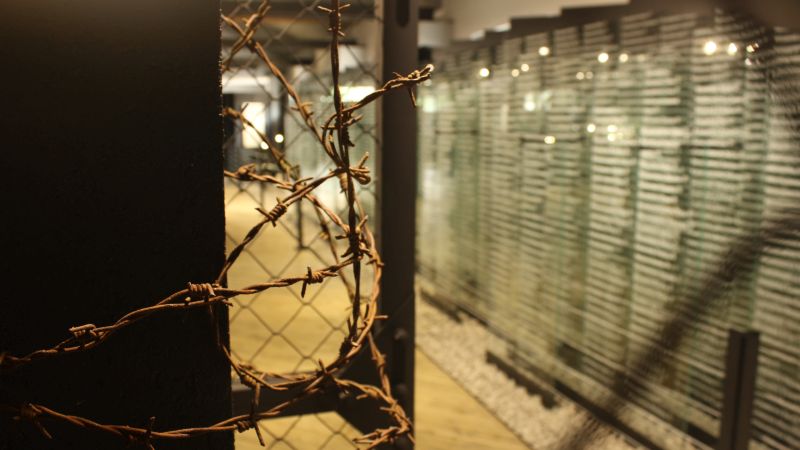 Bratislava in the course of history

We will wait for you at your desired meeting location (airport, train station, bus station, hotel) in Vienna, Bratislava or Budapest with a welcome drink and will bring you safely to the historical center of the capital city of Slovakia – Bratislava, where your hotel is located. Leave your baggage in the hotel room and walk with us in the streets of this beautiful city at your own pace – there’s plenty to explore!

The most iconic of all Bratislava’s highlights is undoubtedly the Bratislava Castle. Perched on a hill right above the Danube river, the castle dating from 9th century offers splendid views over the historical center. We continue our stroll in the former Jewish quarter, talk about the communist regime when admiring the UFO bridge and visit the St. Martin’s Cathedral, Bratislava’s largest church, which dominates the skyline of the old town. Wandering the cobbled streets you will not miss the Slovak National Theatre, St. Michael’s Gate, Old Town Hall, Presidential Palace and a number of unusual and bizarre statues that make you smile.

Enjoy your evening as you wish. Go for a drink in one of Bratislava’s famous pubs and fall in love with our tasty Slovak beer. You will not believe your eyes how cheap it is! We have prepared a special brochure for you listing recommended pubs, cafés, restaurants and tips how to spend your time and enjoy the atmosphere of the city.

Everyday life in the communist Czechoslovakia & Retro disco in Nitra

Most tourists come to Bratislava to see its wonderful historical center and overlook how Bratislava has been affected by its recent communist history. On our tour today we explore the post-socialist look of Bratislava and its modernist architecture and monuments built under the regime of Communist party. There is a lot to see: ambitious Bridge of Slovak National Uprising with its top shaped like UFO, House of Pioneers and Youth, functionalist Freedom Square standing next to the former biggest post office in the world and iconic Fountain of Union. Just a few more steps and you will be overwhelmed by a monumental building of Slovak Radio shaped like an inverted pyramid. It is also included in The Telegraph’s list of 30 ugliest buildings in the world. Don’t forget to take a photo.

The real highlight waits for us behind a typical socialist residential area of Petržalka. We enter an underground bunker standing right on the borders with Austria, which was a part of so-called ‚Iron Curtain‘. You will also taste some retro snacks and drinks from the communist era and figure out how the Big Brother influenced the lives of ordinary Slovaks.

Then we drive to the town of Nitra. There are many interesting places to visit in Nitra – the forward-thinking building of The Slovak University of Agriculture with its strange UFO-shaped top belongs to real jewels of socialist architecture. The majestic Theatre of A. Bagar, abandoned cinema or the building, where the former regional communist party seated, all that wait for us on our walk in the town.

During the evening, we will literally travel back in time to 70’s and 80’s. A local Retro pub is such a funky place that you need to see yourself: take a seat, listen to the pure old-fashioned music and have some fun dancing to real retro disco. We taste some retro drinks, especially Kofola, which was introduced in Czechoslovakia as a substitution for western Coca-Cola or Pepsi. You can also try our refreshing and cheap beer, your hotel is just a few steps from the pub.

Overnight in a real retro hotel built in the communist Czechoslovakia. Something you have to experience at least once in your life!

It’s time to travel to Central Slovakia. First, we make a short stop in an abandoned village which was razed by the communist party because of a construction of the huge factory. Afterward, we travel to the mountains to have a short hike with a very special goal. We are going to visit remains of a village burned to the ground and destroyed by Nazis during the WWII.

We finish the day in the town of Banska Bystrica. During World War II, Banska Bystrica became the center of Slovak National Uprising – one of the key events in the history of Slovaks. The resistance of people against Nazis is well documented in the Museum of Slovak National Uprising – the monumental building of the museum belongs to the strangest buildings you have ever seen. Many criticize the architecture for being monstrous or cold-hearted, others like it for being futuristic or ambitious. Form your own opinion and don‘t forget to take photos when walking around the amazing collection of tanks, guns and uniforms. You can even enter an old Russian plane from WWII and explore it from inside!

Today morning we say farewell to the town of Banska Bystrica and move to the abandoned spa resort of Korytnica. Korytnica used to be one of the most famous spa complexes in the history of Slovakia, visited by many prominent people including the Austro-Hungarian emperor Franz Joseph. The spa remained popular during the whole 20th century and even for a while after the collapse of the communism. The complex was bought by private investors in the 90s, but then slowly declined until it was closed altogether. Korytnica today is a village of ghosts and a perfect place for dark tourism. You will love it!

Our journey continues to the open-air Museum of the Slovak Village, which is one of the finest of its kind. Traditional wooden rustic houses, farms, technical, social and religious buildings have been brought here and displayed for the eager public. There is a very extensive collection of remarkably preserved tools and house interiors of ordinary peasants from various regions of Slovakia giving you a revealing insight into their way of life. Most of the houses are made of wood and covered with a thick layer of clay. On our tour around the open-air museum we will meet the local people, who present their craftsmanship and folk culture – smiths, tinkers, potters, farmers, lace makers or wood carvers. Listen to their stories and find out how they live. Even the folk musicians and dancers regularly find their way here – enjoy their performance in front of your eyes!

Before we finish this fantastic tour we stop in the town of Sered where a former concentration camp from WWII is located. Today it is a beautiful museum of holocaust depicting the dark history of Jews in Slovakia.

Our Retro tour ends at your desired drop-off point (airport, station, hotel) in Bratislava, Vienna or Budapest. Enjoy your return home with great memories from your journey in Slovakia!

It’s never too early to start planning, please fill out the contact form so we can reserve your private guide today.